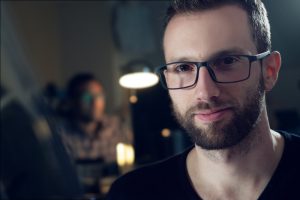 Every time you watch films, television shows or commercials, you are experiencing much more than visuals. You also hear the work of sound designers enhancing the visuals. Working in sound design is one of the most exciting and rewarding careers in creative arts. It is that it does not matter what musical styles you are interested in. Whether your passion is hip-hop or classical, rock or jazz, there can be a place for you in sound design. There is a wide range of work in the field from production sound mixing, audio editing, composing and Foley artistry.

On any production there are various sounds that need to be mixed seamlessly. That includes the dialogue, voice-overs, music and sound effects in visual media. It takes both great ears and a lot of skill to prepare these projects in a production. It is an exciting and busy career. There can also be a lot of room for creativity, such as how audio is mixed to create a specific sound. One example of this is best shown in the Christopher Nolan film ‘Interstellar’, starring Matthew McConaughey. Becoming a production sound mixer can be a rewarding job in the sound design industry.

Score composers are a lot more than meets the eye. There is a lot of sound space in film and it is the score composer’s job to find ways to fill it while setting the tone of the film. This does not always mean creating big orchestral motifs. The score composer also contributes ambient sound and  audio that the viewer may not even consciously register. It is the composer’s duty to follow the director and production’s needs through audio.  It is a challenging and rewarding combination of the music and film businesses.

An audio editor is an unsung, yet integral player in the success of media production. Audio editors do everything from matching dialogue, score and other sounds to the visuals. The audio editor’s exact fine-tuning prevents de-synced audio from occurring.

Becoming a Foley artist is one of the most creative jobs in sound design. You have likely watched a film or commercial and noticed background noises. Sounds you hear are not those created on set. What you are  hearing is the result of Foley artists using all manner of techniques to synthesize those sounds.

One classic examples of Foley work is from synthesizer pioneer, Suzanne Ciani. If you have ever heard the sound of the opening of a Coca Cola in a commercial, you can thank Suzanne Ciani. This ‘pop fizz’ sound was created by a synthesizer. The documentary ‘A Life In Waves’  is about Suzanne Ciani and her innovative work in music, commercials, and film. Another film about a horror Foley artist’s work is ‘Berberian Sound Studio’. In this film you see the creation of  sound effects that go into making a horror believable.

Is the Sound Design Industry Growing?

The sound design field is growing at an exciting rate.  There are so many options for watching media.  There are more television networks with original programming and commercials than ever before. Along with that, there are always more video games and other content in need of audio. Growing augmented and virtual reality industries also require sound designers. You could not pick a better time than now to jump into the field of sound design.

Did learning about the jobs in Sound Design interest you? The Institute of Production and Recording (IPR) offers a program in sound design for visual media that teaches students about Foley techniques.

The Sound Design for Visual Media program is an occupational degree program that immerses the student in the world of sound design for visual media. Students learn key skills and concepts necessary to meet the demands of a audio/visual media projects.

These skills and concepts include advanced sound design, synchronization, sound effects creation, field and location audio recording, boom operation, ADR recording and editing, Foley recording and editing, the creation and recording of music for visual media programs, and the audible mixing of these elements together. At a higher level, students will also learn how to make the correct aesthetic decisions for the project they are working on, gain important organizational skills that include logging and archiving of media materials, and achieve the skills necessary to advertise and market the final product.

Contact us today to learn more about the Sound Design for Visual Media program and starting a rewarding career in the sound design industry.