Rich Manik is a freelance musician, arranger and recording artist living in the Twin Cities. He performs on all woodwinds and keyboard with many local and national artists in a variety of musical styles from symphonic to contemporary popular music.

Some of the pop artists Rich has performed with include, The Temptations, The Four Tops and Kenny Rodgers. Additionally, Rich has had the opportunity to perform with some well-known jazz musicians such as Clark Terry, and Jack McDuff. Rich has extensive experience performing in and touring with productions of The 1940’s Radio Hour and A Little Night Music and when possible, continues to tour with local and national artists. His continuing performance experiences include recording sessions for radio and television, pit orchestras and as a featured guest artist / clinician and conductor. Some recent performances include; 17th Annual So the World May Hear Awards Gala with Grace VanderWaal, Twin Cities Jazz Fest, Lower Town Funk and Blues Festival & Rainy Days and Mondays; A Tribute to the Music of The Carpenters.

Here is a video of Rich performing as the sax player with the George Maurer Group Holiday Show (2015) at the Paramount Theater in St Cloud, MN: 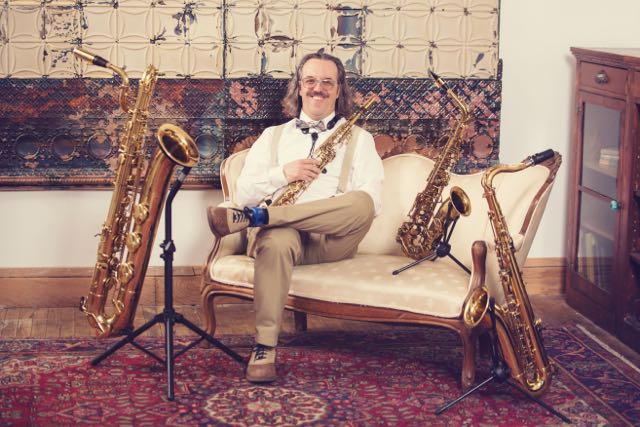