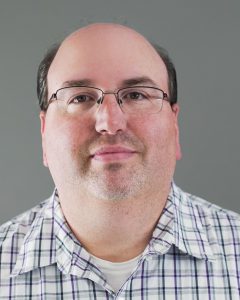 Christopher Blood has covered a lot of ground in his two decades in the recording industry. Starting off as a drummer in a local rock band, Blood worked his way up the studio ranks, recording several of the premier artists in the Minneapolis-St. Paul area. In 1997 he became co-owner of A440 Studios. In nearly a decade at A440, Blood recorded and produced countless albums for top local and major label artists. He has also worked in a number of the top recording studios around the country, including Stankonia in Atlanta and Bernie Grundman Mastering in Hollywood.

In 2006, Blood started a new chapter in his recording career reopening the Twin Cities-based Sonic Edge Studios, where he continues to work with top local, national and international talent.

He is also very active in the live sound scene and has been a design and operations consultant for recording studios in Minnesota, Atlanta, Las Vegas and Texas.

Chris is Certified Instructor in both Pro Tools and Apple Logic and has fourteen years of experience developing curriculum and teaching music production.