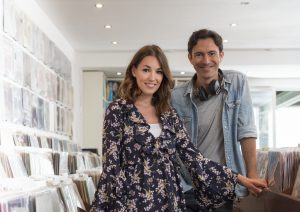 Sound engineering has changed since the beginning acoustic age and continues to shift in the digital age. If you are interested in the music industry or music technology it is important to understand the history of recording. Recordings of music and spoken voice happened through a variety of means, and the devices played the music over four different time periods. The recording timeframes are the acoustic, electrical, magnetic, and digital era. All four marked by certain machines created to record sound at the time.

People who begin to dig into human history will notice that recording on wax cylinders has now transformed into what is now a multi-billion dollar industry. Storage space and storage reliability have also transformed as the clarity of sound has improved.

The acoustic era is generally understood to have begun in 1877. Keeping and replaying sound on any device was something of a miracle.

Conical shapes were made from some solid substance such as wood, and the air that collected the sound forced its way to the smaller end of the cone. The air pressure would move a mechanical device (needle). This might be familiar to people who have record players. This is where the concept of the record player comes from.

This form of technology can only record waves from 250hz to 2500hz. People wanted to fit into this new art form, and they started to use lower tones and lower instruments. This may have led people to use B-flat instruments in concert bands, as well as lower keys at the time.

This technology culminated when Edison invented the phonograph. This  let people play recordings on simple discs. He discovered that scratches on records would play on his machine. His needle would then play the music into a large horn, which would amplify the sound.

The electrical era combines the advent of electrical microphones and record production. Recorded music at this time meant listening to nearly only major record labels. Labels would spend a lot of money on new equipment, buying microphones, wires, and cables from Western Electric.

The equipment from Western Electric made it possible for the spectrum of tones to increase, and create clearer sound. Someone who was listening in this era heard someone sing or play into a microphone that could capture noises in a much simpler way. The electronic transmission made it possible for a record to have multiple sounds in one place due to multiple microphones recording at once.

The process of scratching these grooves onto a record became more and more accurate because of a very fine groove. There were many manufacturing processes that allowed for a record company to stamp out their records in moments. People could buy their own phonograph because it was not overpriced for the public, and the records began to fill music stores that allowed people to buy at any time.

Benny Goodman, Glenn Miller, John Philip Sousa, Boston Symphony, New York Philharmonic, and Berlin Philharmonic could make their own records. Some of the most revered records of all time came out in this era, but the records themselves were not that much different from their earlier counterparts.

The difference in the electrical era is the waitress and microphones. The microphone and record medium would change as the magnetic era started when producers realized they could record onto something better than the scratchy discs that they had to use all throughout the 20s, 30s, and 40s.

Music/dialogue on film happened at this same time as silent films gave way to what people at the time called talkies. These new movies had integrated sound, and there was no need for a pianist in the movie theater. This might seem like an antiquated idea, but even the great composer Dmitri Shostakovich was a pianist in a movie theater, in his younger days.

Putting a score on film was something that people thought was once impossible but pairing the music with film was possible due to the new film strips. This is part of what inspired the magnetic era. People who were working on film realized that they could improve the way it sounded by using magnetic strips.

The magnetic era is the time when recordings utilized large films in the studio, and this is where the 8-track tape came from. Every studio in the world was moving to a form of production that was much easier to save. Storing the tapes was easy compared to housing a fragile disc scratched out with an inaccurate needle. These magnetic films more accurately record the music, and the same for film.

This also made the music recorded more accessible. People were buying tapes in shops, and they could even get a tape deck in their car. The tape deck in the car was part of the plot of many episodes of the old thriller Mission: Impossible.

Magnetic tape would improve over time because of the film and machines used, and the speed of recording. This era gave way to stereo records, as channels allowed audio to be split on both the right and left side of headphones or speakers.

At this time Les Paul started working with Mary Ford, which lead to multi-track records. They found they could record on multiple channels and combine those channels in the editing process. There was a time when a whole band had to sit in the studio to play a song through. Changes occurred when each track could be recorded on a different tape. Those tapes would combine to create the finished product. It was easier to get a higher quality for each person in an ensemble.

This was when record production advanced to the point of plastic records made at a very low cost. Music production created singles for one or two songs recorded on a single record. Records and record players used the speeds of 33RPM and 45RPM.

Studios would record on  magnetic tape and come up with new ways to make music. There were synthesizers that made special sounds through electronic media, and sampling keyboards that allowed someone to play back the same tune over and over. This is also when people started to play around with the idea of the drum machine.

All these techniques came together to create a layered sound. Bands such as Boston and Chicago had multiple parts playing at the same time. Bands like the Eagles, Fleetwood Mac, and Blood Sweat and Tears also came out of this era.

Tape made recording different styles of instruments easier. This allows clear tracks for bands like Tower of Power or Earth Wind and Fire. Taping trumpets, trombones, and saxophones along with a traditional rock band was  hard without a multi-track record. Magnetic tapes made that possible, and they continued to improve until studios reached the digital age.

The digital era started with Sony. Sony figured out how to save music files on discs read by a laser light. These discs very small compared to records. The compact disc was not an instant success, but it eventually replaced tapes and records.

The digital era also changed the way to mix music. Mixing music was now done on computers, which is common in nearly every modern recording studio. The audio engineer can see every track on a screen, and they can drag and drop tracks as needed. The sound engineer does not have to do any physical editing to a tape. They may also send files anywhere that they want.

The Birth of the MP3

The process of making a CD is fairly cheap, but CDs have given way to MP3 files. MP3 files are available for purchase and download online. In today’s world, someone can buy records, and bands can play any tone they want. Advanced microphones allow the transfer of information in a clear digital format.

The digital age allows albums from long ago to be remastered with today’s technology. These albums are clarified because digital files are clearer, and sound recording technology allows bands to put an album of an hour or two hours in one place. There is no need for the fan to buy a few records to get the same amount of music, and that music is now on a cell phone or in a computer.

The technology used to record music and dialogue has changed dramatically since it was first introduced. Someone who was speaking or playing an instrument into a wooden cylinder might have changed the course of the American music of today. B-flat instruments became popular, and it took a while for people to learn how to record on finer needles and make clearer records.

The ability to create music on computers and digital mixing boards today is possible due to the historical appreciation of music. All of these things allow people to make their own digital recordings. Now you can loop your own beats and layer  tracks because of these inventions. This all possible due to the greats who learned how to do it in analog long ago.

Did learning about recording technology interest you? The audio production and engineering program  at the Institute of Production and Recording is a degree program designed to train producer engineers who are entrepreneurs, musically and technically creative, and proficient in modern recording technology and technique. Throughout the program, students work on hands-on exercises and real-world studio projects that enable them to apply their knowledge and refine their skills.