Season 15 of NBC’s The Voice was taken by storm when IPR alum and Barron, Wisconsin native Chris Kroeze entered the competition in September. 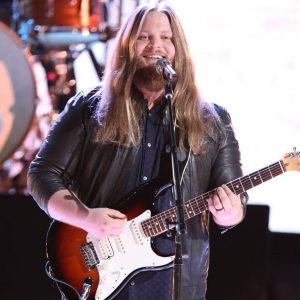 As he advances into the series finale, Chris brings his own style and talent that his former instructors and fellow students noticed from early in his education.

A graduate of IPR’s Audio Production and Engineering program, Chris was remembered not only for his stellar voice, but for a personality that helped him shine as a student and performer. Audio Production and Engineering Program Chair Kevin Bowe recalls, “Chris is one of the most kind-natured and friendliest students/artists I’ve had the pleasure of working with. His small town charm is no front—he is incredibly talented, and a sweetheart to boot.”

Better With Every Performance

Mentored by Voice judge Blake Shelton, Chris has had amazing opportunities to perform and gain a national fan base following performances of songs by The Beatles, The Marshall Tucker Band, Stevie Rae Vaughan and the Rolling Stones. Blake Shelton, as well as the rest of the country has been captivated by Chris’ progression throughout the competition. “You can see Barron from space right now. People are freaking out. You get better with every performance,” Shelton remarked after Kroeze’s performance of the Doobie Brothers’ Long Train Runnin on December 4th.

Moving on to the Finals

IPR Vocal Techniques instructor Mary Jane Alm recalls, “The first time I heard Chris sing, he was performing an acoustic version of a Jimi Hendrix song—I knew he was destined for greatness.” This tenacity has helped propel Chris into the limelight, with the support of his hometown and fans from across the country.  The IPR community is thrilled to see what great things Chris accomplishes next.

The final round of voting on the Voice takes place on Monday, December 18th and can be found on NBC’s website. Winners will be announced on the series finale December 19th at 7PM CST.

Keep an eye on Chris’ Facebook and Twitter for updates and cheer him on to win the competition!