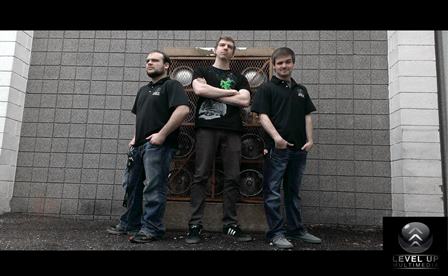 What are you doing now?

Currently I do a few jobs. My full-time job is at a wellness company called Wellbeats. Here I’m the video content manager, meaning I shoot, edit and manage all of our video content. During shoots my role is “technical director,” meaning I run the video switcher and oversee that everything is being recorded properly. I work directly next to the director.

I also own my own company, Level Up Multimedia LLC. I am a freelance video producer, editor and live stream operator. My biggest recurring business is shooting and editing local mixed martial arts for a promotion based out of the Twin Cities area. Live streaming concerts are something we are really pushing for to become another source of revenue. 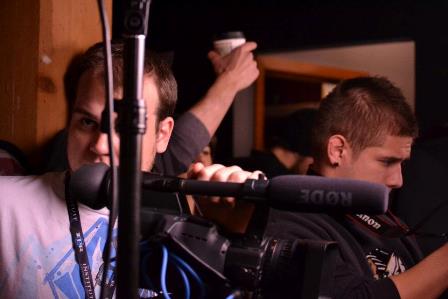 Are you doing today what you thought you would be doing when you started school?

Not even close. To be fair, I had no idea what I was going to be doing when I started at IPR. I wanted to do many different things, and the more people I met and talked about their experiences, the more my horizons broadened. I started wanting to be an audio engineer, then live sound engineer, then post-production whiz. I eventually realized I have to be able to do it all to succeed, and I started doing as much as I could.

I had a huge turning point in education around my sixth quarter. I had a teacher named Tom Forliti, and on the first day class he walked in and said, “I can teach you how to run all of this equipment, and that’s great. But the best knowledge I can give you is my phone number.” That seemed so odd to me. I understood connections are why a ton of why people are hired over others, but it hadn’t occurred to me that they’re almost everything! Tom is a direct reason why I have my current job at Wellbeats.

What advice would you give to others looking to enter into this field?

Get out there! Find someone who does it, and contact them to be an intern or volunteer to help at a show. Find people with the same interests as you. Hanging out with a group of people who share the same passion as you is a great way to learn. You’ll all end up making work for yourselves out of thin air! 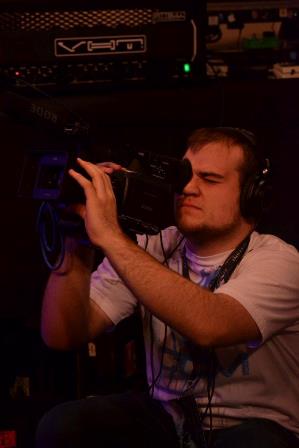 Was there anything that you had to wait until you were out in the industry to learn that you couldn’t be taught?

One of the biggest lessons I learned outside of school is that no experience is a waste. I’ve done so many jobs that either didn’t pay, people still owe me money for, or the project ended up not being finished that I felt like I had no idea what a good job was. For a while I felt as though I wasted my time because I didn’t have any financial gain. But this couldn’t have been less true. I learned how to perfect my craft so much more on these kinds of shoots. They ended up being pretty low pressure, which meant they were a great way for me to learn what questions to ask a client before taking a job.

Do you have mentors today? If so, how have they influenced your career?

Everyone has someone to teach me; specifically, though, Tom Forliti. After I graduated IPR and was working at Guitar Center, I would occasionally text Tom asking him what he was working on. One day he said he was doing audio for a fitness shoot and told me to come out. Even though I was just a guest there, I knew from my days at IPR to be helpful, so I asked to be a production assistant for the day. The director was impressed and asked me to come to the next shoot. Three months later, it was January, and everyone started to get sick, including the technical director and Tom. Luckily I knew how to run all of the audio equipment and video equipment because I had been asking questions throughout the shoot. Not long after, I was was offered a full-time job.

If you could change anything regarding your career path, what would it be?

The first year out of college was the hardest. I wish I could go back and change the way I approached the industry the first year. If I could go back to before I graduated, I would really push to have something lined up. This, however, didn’t really mess up anything in the long run because things now are great!