I always wanted to be in the studio. In fourth grade, I started telling people I wanted to be a music producer, and I got a lot of funny looks and suggested career alternatives in return. But I grew up with a musically inclined family, so it seemed natural to want to be in the music business. 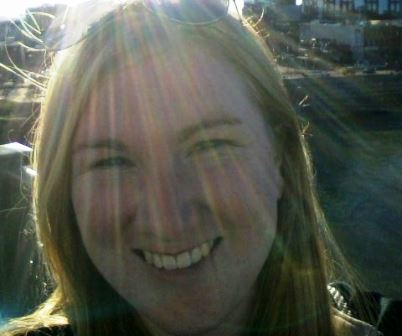 I started piano lessons when I was five and was involved with everything music in school: choir, women’s ensemble, band, drumline, full orchestra, musicals, honor band and more. When I started looking for colleges, there weren’t many schools in my area that taught music production. McNally Smith kept coming up in searches, but when I visited the school, I knew it wasn’t for me. So I decided to pursue a piano performance degree at the College of St. Scholastica in Duluth, Minnesota, instead.

Between my freshman and sophomore year in college, my aunt had a business trip in Milwaukee, and she offered to take me along. She made connections for me to hang out in a studio for an entire day, and that was when I was first introduced to ProTools. I sat in with a man who was working on a jingle for a hospital commercial and saw another in a different room who was working on sound effects for a Jimmy John’s commercial. Other people I met there were working on recording live orchestras for film, doing voiceovers or teaching music theory. I never knew the music industry had so many possibilities.

Once I got home, I started looking again for another music production school. That’s when I found IPR. I finished my second year at Scholastica and moved to downtown Minneapolis to finally do what I always wanted to do: make a difference in the music business.

While attending IPR, I participated in Women In Music and the AES groups to try and build a network like all the teachers talked about. I volunteered at Club 3 Degrees on the production team and even ran FOH and monitors. It was that experience that influenced me to take IPR’s sound reinforcement classes. I loved it and haven’t looked back since. 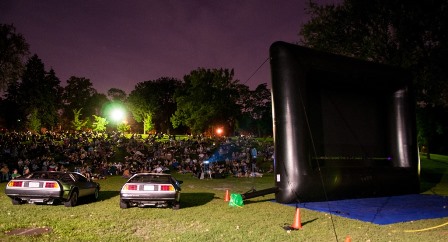 I graduated with a degree in audio engineering in October 2009. Right away I began an internship at the Basilica of St. Mary and was soon after officially hired (and I’m still there today). A few months later I received a call from Geoff Walsh, whom I had met through our AES group at IPR. He was hiring sound technicians for the Music and Movies in the Parks series, and I jumped at that opportunity. I worked as a seasonal tech there for two years before they brought me on as a lead tech in 2012; after that season, I was hired to coordinate both Music and Movies in the Parks. I also now assist with other events, such as the Minneapolis Bike Tour and the Red, White and BOOM! celebration.

I can’t say that this was the dream I had as a 10-year-old, but I like to think it’s better. IPR really showed me what a great music scene we have here in Minneapolis, and I’ve always had a lot of support from my family, colleagues, friends in the industry and musicians. I’m not making millions of dollars, but I’m lucky enough to love exactly what I’m doing. 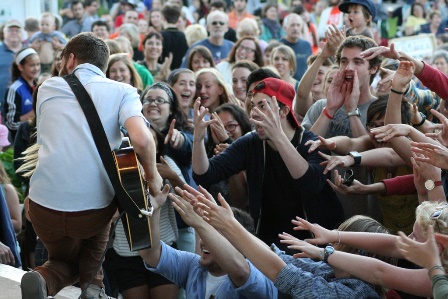